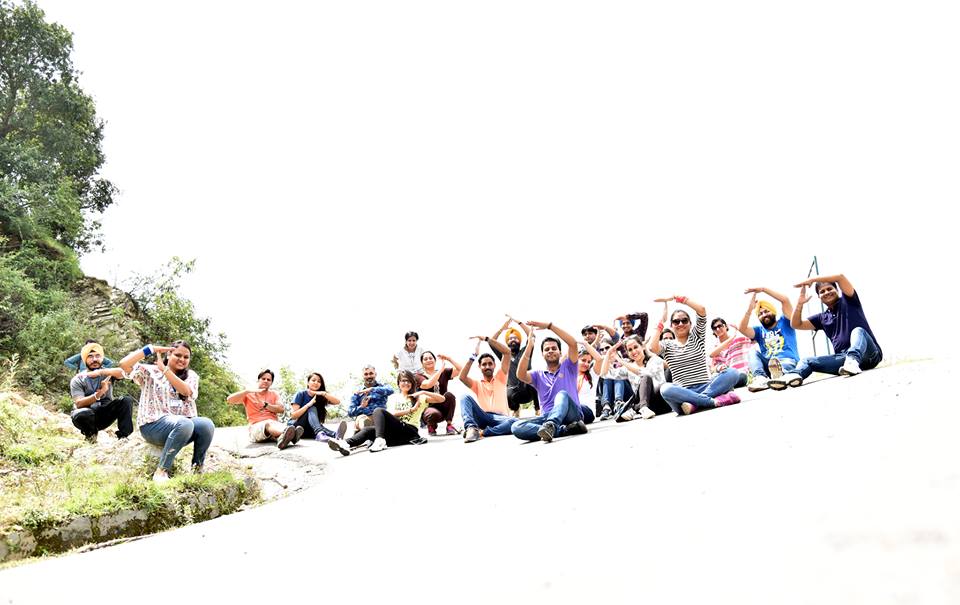 As the Chandigarh Based, NGO Tammana completed its 8 glorious years; it was time for grand anniversary celebrations for & by Team Tammana. The Annual Event naming ‘ASHIA 8’ – meaning, Life & Hope… was looked forward to with great anticipation as this one was held at an Adventure Camp in Shoghi, near Shimla where the Annual Awards Ceremony was conducted. Located amidst the scenic countryside, the idea behind the camp was to provide a rejuvenating experience to the team. The Awards night held differently in the bonfire & under the open night sky this year, witnessed the NGO honoring its team members who have gone an extra mile in the last one year.

Founder President Isha Kakaria congratulated all the Awardees for 2015-16 & the entire team to have carried the consistency over these years, setting new benchmarks and also charged up the team for the 9th & the many more years ahead. ‘We also thank all our associates for the past year without which coming this far wouldn’t have been achievable.’ shared the PRO.

The celebrations would not have been complete without the customary anniversary cake cutting where the members waved a goodbye to the 8 years that brought them experience & uncountable memories.The trip was clubbed with adventure activities like rappelling, commando nets, burma bridge, jungle walk, forest trek & more where the members shared enthusiastically of how they overcame their fears & earned more self confidence. Taking lead of the far-fetched weather, there were outdoor team building games that were also organized to develop the skill, realized the importance of teamwork & get motivated to serve with even greater passion & zeal.

The trip was only for members where they spent a good quality time sharing their experiences & fun over these 8 years while working & serving the society and also made plans of how to serve better.

Suman Hooda; now old as a member in the organization, feels proud to be a part of not just the trip but the NGO, where she shares that it provides opportunity to serve the society with so much enthusiasm and high spirits and celebrate our work with high energy.

While, a new member on-board, Shankey Sharwat, found ASHIA as ‘a spellbound experience where he realized the power of ‘we’ & enjoyed his stay with the like minded.’

Anukiran Sabharwal was thrilled on receiving the the most significant & looked forward to award, ‘Tamamanite of the Year-2015-16’ who has been with NGO Tammana’s since 2 years now.

Member Harvinder Kaur,50, while has come back with the team to the city, describes ASHIA 8 as a self motivating one where she achieved the most till now & found it as an enriching experience & looks forward to more.

Tammana, initiated with the vision of ‘doing little things with great love’, has been following the motto of ‘less me and a more we’. ASHIA 8 anniversary celebrations just echoed that motto, and as the 9th year starts, it brings along with it, more hope, more zeal, more passion, more commitment, and more dedication, to continue serving the society and bridge the gap between the less-fortunate and those who can fulfill these needs.