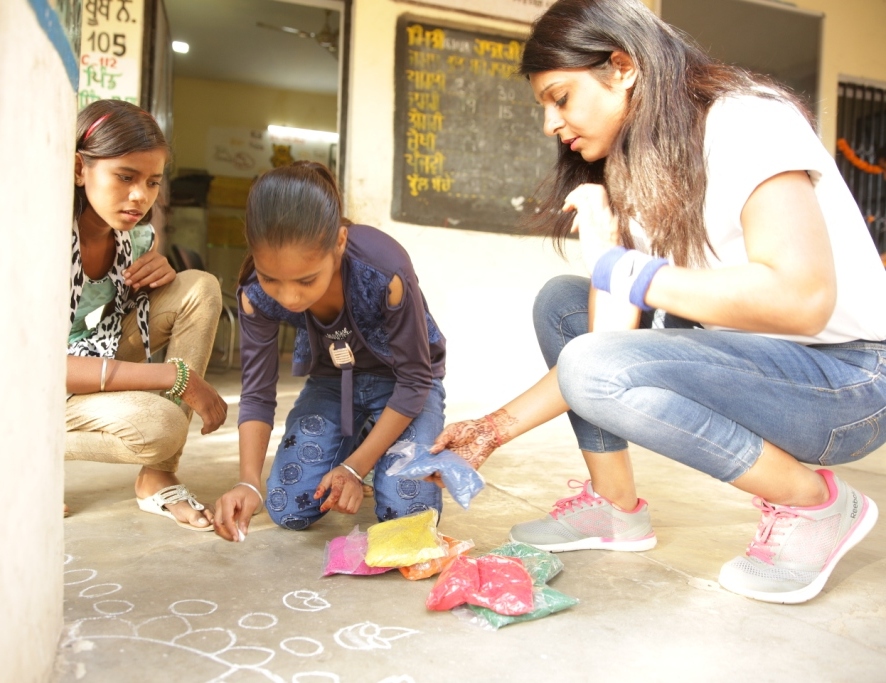 With the aim to light lives and keep up with the festive spirit, the tricity based state awarded NGO Tammana organized its Event 111- Eco Diwali 2019 at Govt. Elementary School, Village Singhpura, Zirakpur.

After the children assembled at the school courtyard, the event commenced with making Rangolis. The children were assisted and monitored by the team members, who also participated in making colorful Rangolis on the theme of ‘Light a Life’.

It was followed by decorating the school with Garlands.

NGO Tammana has adopted this school in January 2019 and works for it under its Project Yakeen.

A Green and Clean Diwali-theme based drawing competition also organized for the Children, providing them with Drawing boards, sheets and Colors. Team members also joined them and enjoyed the colorful drawing session.

After the competition, a game of Tambola was played. They were ecstatic at the idea of playing Tambola as some of them had only heard of it but played it for the first time. Winning of numerous gifts including new suits, chocolate packs, stationery etc. carried out throughout the evening.

This was followed by a dance performance prepared by the school children with the help of team members.

Prizes were distributed for the Rangoli Participants & Best Drawings at the event.

Founder President Isha Kakaria, shared that ‘Children were overjoyed to light Diyas and Candles at every nook and corner of the School premises. The success of the event is entirely a team effort. Refreshments and sweets were distributed too. Cans were distributed to replace plastic. No littering was taken care of too, as that is how children practically learn to keep the surroundings neat. Children relished their snack time.’

General Secretary Jaskaran Singh shared that ‘With the hope to light each house, the NGO gifted Candle Boxes to the school children and the staff members.’

Meanwhile, Members Kiran Dimri & Vandana took to teach children why Diwali is celebrated, how the festival marks the triumph of good over evil, celebrates the homecoming of Lord Rama, following the symbolic lighting of Diyas and Candles. They were also made aware about the Eco Friendly ways in which they could celebrate Diwali and contribute their bit towards the Environment by supporting and adopting the Harmless-Healthy-Happy, Anti-Cracker Diwali.

After that, music took over and the children, staff members and the team members danced heartily. The joyous event were concluded at 7 pm.